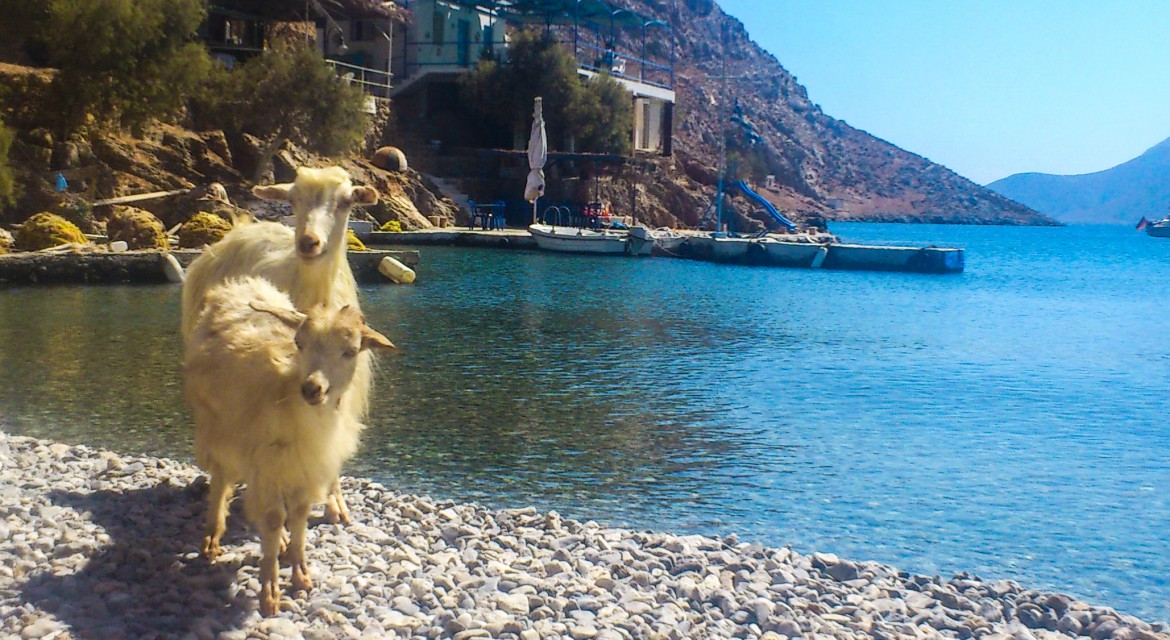 You can reach us via:

There are several options to get to Telendos.

The most favourable and fastest one is via plane and ferry, the alternative via car and ferry is not to be recommended, cost and timewise.

Plane to Kos Airport and ferry to Kalymnos (the safe way):

The airport in Kos is connected to all major EU cities, mostly with one flight per day with one of the holiday carriers (TUI, Airberlin, etc.). Flight-times are normally as such that you can catch one of the last ferries from Kos (Mastichari harbour) to Kalmynos (Pothia harbour). The ferry ticket can be bought at Mastichari harbor directly, either the slow or the fast one, just take the one available, although the slow takes more than twice as long. Just give me a call (+30 693 297 8142) and I will organize the transfer for you so you can be sure to catch the ferry to Telendos from Myrties harbor (every 30min, 2€ one-way).

The problem with this approach is that it is only available via Greek airlines from Athens. The schedules are not always reliable, as can be the service itself. The airport on Kalymnos lies on a plateau and is thus prone to wind gusts during landing and take off. Currently smaller planes go there, but for the future there might be an improvement coming. However if you catch the connection it is by far the most relaxed option. From the airport in Kalymnos I can organize a cab for you (just call +30 693 297 8142) and this will drive you within 10min to Myrties harbour so you can get on the ferry to Telendos (every 30min, 2€ one-way).

Some basic locations on Telendos and Kalymnos

More on this custom map of ours: http://goo.gl/rxHf6L